Linda Yezak is a Content and Acquisitions Editor for Port Yonder Press. She is also representing Hartline Literary Agent Terry Burns. Yezak is also a published author and her personal blog can be found: http://lindayezak.com/ 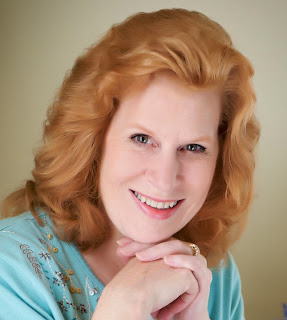 PYP wants family friendly manuscripts in every genre except romance. Family friendly isn't as strict as it might sound. Think PG-13. Some mild language is allowed, mysteries can involve murder (but gore is not welcome), non-sexual romantic scenes are allowed in genres that aren't focused on romance. PYP IS NOT looking for Christian content right now, but they aren't disregarding it. Creative nonfiction is welcome, exceptional memoirs are possible, but she is not not looking for devotionals or poetry. Poets can query directly to the PYP site: http://portyonderpress.com/


Do you have an editor or agent representing your own manuscripts? I landed agent Terry Burns with the Hartline Literary Agency for The Cat Lady’s Secret (Snoopy dance!). Last year, we decided to postpone pitching Cat Lady since I became seriously ill. I hope we can resume this year.
Would you care to share your opening (hook) with us? Love to! This is from The Cat Lady’s Secret:


I’d spent the morning hunting feral cats with my long-handled fish net and never caught so much as a glimpse of fur. Apparently, downtown Dogwood, Texas, was plum out of homeless felines. After walking all over the town square, my feet were killing me. The bench nestled in the shadow of the courthouse clock beckoned me with a promise to ease my load, so I hobbled straight to it.


Still wearing her green apron, Annie Crawley rushed out of the Down Home Diner and quick-stepped across the red brick street, just beating the traffic light. She swiped mud-brown hair from her eyes, mouthed “Hi, Millie” at me, and plopped on the other end of my bench with a phone at her ear. Her place on the bench suited me fine, because I could eavesdrop. And judging by the angle of her brows over her nose, I certainly needed to. If anyone could help her with whatever had etched those stress lines around her eyes, it was me. Well, me and Emily Taylor. But Annie didn’t need to know about Em. No one did.
I see you are already working on another MS. Can you tell me a little about it? When I get a chance to work on it, I’m writing the first in the “Family First Series,” a romance called Southern Challenge. I read a book by Ronda Rich called, What Southern Women Know About Flirting and fell in love with the image she presented, so the idea for this first book came from a character type I wanted to explore. Southern Challenge is set in the horse world. A “challenge” is a competition for, among other things, young cutting horses. My characters will play the love games of elude and approach while they train a spirited young Quarter Horse for the competitions.


Also in the works is the women's fiction drama Corporate Ladder about a young woman who is so determined never to be poor again, she goes to an opposite extreme—a ruthless climb up the ladder in a quest to become filthy rich. The challenge with this one is to maintain sympathy for my main character, who, admittedly, isn't always sympathetic.
When working on your current MS did you complete an outline first or did you just start writing? I always just start writing, but after a few chapters, I begin sketching out a loose outline–which makes me a Hybrid in the SOTP/Outline debate. I’m not an outliner, other than what I carry in my head and jot on various slips of paper, but I do try to keep a structure template in mind. Larry Brooks’s is my favorite (found in his Story Structure Demystified). It extends James Scott Bell’s a bit, but Jim’s is great too (Plot and Structure, one of Writers Digest's “Write Great Fiction” series). I’d never survive Randy Ingermanson’s Snowflake method–far too in-depth of an outline for me.


What do you do when you have writer's block? I try writing something else for a while–anything else. I have tons of “first scenes” in a computer file waiting for me to develop them into novels.  Often, writer’s block strikes when something’s not quite right with the manuscript, and your inner editor won’t let you continue until you fix it. If you can’t get your muse and your editor to agree on how to fix the problem, you get stymied. Separation from the WIP usually helps, but to stop writing only makes the problem worse. The longer you put off writing, the easier it is to simply not do it. So I don’t recommend not writing, just write something different for a while.
What is your writing and editing process like and how do you balance being both an editor and an author?  I’m a morning person, but since my husband doesn’t go to work until the afternoon, I’ve learned there’s no point getting too engrossed in anything until he’s out the door. Generally, I wake up at four, answer my emails and do some networking and promoting after my Bible study, write whatever blog posts are required, then wake him up around seven or eight. Once he’s settled into his day, I edit works for my clients and save my own writing and editing for when he’s gone. I don’t set much in the line of goals, although I like to hit at least 1500 words a day. Problem with getting up so early is that I crash pretty early, too. Around six, I’m tuckered out. I usually drift to the bedroom around seven to read awhile, then fall asleep by eight or eight-thirty. No one will ever accuse me of being the life of the party!


Are you part of a critique group or writer's guild? I have several critique partners I can rely on. Each are talented in different ways, and together, they all produce a great critique of my work. Few things in this business are more vital than having a good critique partner, preferably one who is as good as or better than the writer. We never learn from those who tell us our work is fantastic, but don’t offer constructive criticism.
Have you ever attended a writer's conference? Absolutely – it’s the #2 vital-to-business element.  Conferences are great for learning and networking. In the larger conferences, agents, publishers, editors, and multi-pubbed authors all make themselves available for us newbies. No other experience is like it.


Advice for writers? Study the craft. Always strive to improve.
Posted by Sylvia Ney at 8:06 AM

Just stopping by with "A to Z." What a really interesting site! I'm also a writing teacher and so enjoyed what a detailed look at the process of writing your blog offers.

Always a pleasure to follow another writer and teacher! I'm a retired teacher. I really enjoy writing!

Stopping by in return as part of the a-z challenge and really enjoyed this post. I had not heard of Port Yonder Press until now. I'm looking forward to reading more on this blog!

Great interview, ladies. I'm writing in response to the A to Z, you haveing visited my blog already. Look forward to you returning to find the answer to my free e-book? Nancy at Welcome to she said, he said

Thanks Sylvia for stopping by The Desert Rocks and I enjoyed reading the interview.

Just returning the visit on the A - Z. I enjoy writing (hence my blog) and would love to get something published but I don't think I'm good enough for that. Enjoyed reading the extract from The Cat Lady's Secret, looking forward to reading more.

Nice interview, and thanks for introducing me to a new writer Even this short excerpt of the book intrigued me.

Enjoyed this a lot. I'll be back to visit. You're my featured blogger for "M."

Hello.... I'm dropping by from A to Z. Thanks for introducing me to Linda. I love to read and enjoy finding new talent. I'm a retired high school and college teacher. It is nice to meet you.

Hello, Sylvia! This is a fantastic interview with Linda. Thanks for sharing!

Happy A to Z-ing! from Laura Marcella @ Wavy Lines

I enjoyed the interview, and so agree with your take on writer's block. When that happens, I have to stop and journal out the scene.

Thanks for your comments, everyone. So glad the A-Z is so successful!

K---got another rejection the other day. The Cat Lady's Secret may have to remain a secret. :(

Linda - don't give up. I loved your first book. It will find a home!

Thanks, Sylvia. I hope it does!