Pen Names: Reasons for Having a Literary Alter Ego

Throughout history countless famous writers have worked under a pen name, that special pseudonym chosen to represent themselves in their literary life. In fact, some writers have more than one pen name, allowing them to surf across genres and spread their fictional talent in many different ways. 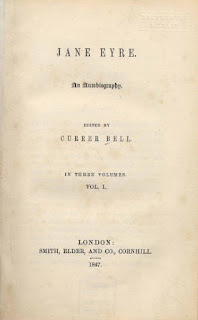 Deciding whether to use a pen name is a difficult decision and there are multiple reasons to deciding to or deciding not to use one. Historically, female authors have chosen to use a male name to further the chance of their work being published, with the most notable women including the Brontë sisters publishing under the names of Currer, Ellis and Acton Bell and Mary Ann Evans using George Eliot as her chosen pen name. In the 19th century some of the most popular authors were women masquerading under men’s names, as this tended to ensure their work would be accepted by publishing companies. There are many other reasons a writer may choose to use a pen name and there are additional benefits from doing so.
The Tool of the Prolific Author - An author who can produce several novels in one year is not necessarily seen positively by publishers but if you’re good, they may publish your works under a chosen pen name or if you self-publish you can make it seem less like one person publishing book after book. This technique worked for Stephen King who was discouraged from publishing more than one novel a year under his own name managed to convince Signet Books to print seven novels under the pen name Richard Bachman. The true identity of Bachman was revealed in the mid-eighties and it didn’t detract from King’s success. Prolific authors can protect their integrity and keep producing the work they have to give.

To Fit in with Genre - Novelists switching between genres sometimes choose to use an original pen name that fits better into the genre. For example, a bestselling thriller writer may choose to use a different name when trying their hand at romance as their name is already synonymous with the thriller genre. Similarly, there are supposed norms in some genres, which many authors take up to ensure their works, are recognized. One such example is in fantasy and science fiction writing where many authors choose to use their initials as opposed to their first name. Although this isn’t strictly a pen name it is really something we have come to recognize within that genre, famous authors include J R R Tolkein, J G Ballard and H G Wells. Pen names are very popular in writers of the romance genre. Publishers and authors alike believe that romance novels are best penned with names which would suit their characters with pseudonyms of romance authors including Constance Heaven, Lael St. James and Jacqueline Diamond. It seems in this genre authors really do sell novels on the basis of their name as well as their story.

Taking the Plunge - If you’re a new writer and you’re still a bit dubious about sharing your first publication with your friends and family, then a pen name is great choice. Being a published author is a great accolade but is something that could interfere with your everyday life, especially if you are prominent across the web. It’s not unknown for prospective employers to look up potential employees online and some people believe that having published works in their name available may adversely affect their chances in the job market. This seems a pretty fickle reason really as all authors should be proud of their works but it is understandable if someone working in a particular industry and indulging in self-publishing or fiction in their spare time wants to protect their identity. It’s common amongst bloggers and other online platforms and these are all just a step forward from fiction writing.

Some people decide they need a pen name to produce their best works whereas with others it becomes a part of their career as they grow. Deciding whether you need or want a pen name is a key part of your writing process as it will stay with you for all time once you’ve published under it. Think about it on a personal level and a professional level and from there you should be able to decide if a pen name is a good idea for you.

Harriet Larkin is the pen name and alter ego of a full time saleswoman who freelances and blogs in her spare time. Although she spends her days selling leather sofas and beds, she has an extensive back catalogue of literary and informational blog posts and feature articles to her (pen) name.
Posted by Sylvia Ney at 8:22 AM

My first book is for kids and there are a couple more of those coming. But I want to explore other genres - YA, historical fiction, cozy mysteries - and for those I would definitely use a pen name. Especially because I'd want to be able to use some naughty words and also some steamy romance!

I have given that issue much thought. When my parents were living, I would have used a pen name, if I had been published. But, now I won't.