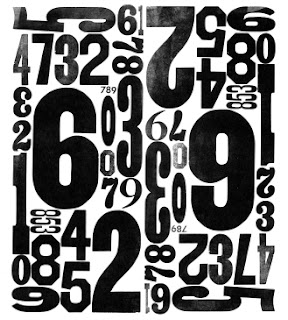 As a former journalist, I often take it for granted that all writers are taught the same rules. This just isn’t so, and I find myself catching the same mistakes repeatedly when I critique for other writers. One set of guidelines journalists learn that doesn’t seem to be taught in English books or “How To’s” for writers are the number rules. I see more traditional publishers and editors following these guidelines as well.
Spell out the numbers zero through nine. Use the numerical symbols for numbers 10 and up. I brought three pencils with me to class. I write approximately 20 pages every night.
There are a few exceptions to this rule. For example, spell out all numbers that begin a sentence. Fifteen authors made it to the final round of the competition.
Of course, there is an exception to the exception: Don’t spell out calendar years, even at the beginning of a sentence. 2007 is the year my first daughter was born.
If you don’t like writing those long numbers, just rework the sentence. Washington Post turned down 10,000 applicants for the new editor position.
Other exceptions are to always use the numeric for ages, dates, monetary amounts and percentages. She is going to be 8 years old on March 3. We will give her $5 for her birthday. She will also receive 1 percent of all sales we make today.
To find out more about the guidelines journalists receive check out The Associated Press Stylebook .

Sidenote: Only one week until the "Wonderland Giveaway Blogfest" (see sidebar) and WriteOnCon (see Fridays post). Happy Writing!
Posted by Sylvia Ney at 4:43 AM

As a writer having journalistic help recently, I suddenly became aware of this difference concerning the guidelines. :0)

This is VERY helpful - I'm going to bookmark it.

I remember reading about this when I started writing my first book, and I was wondering about whether to write out numbers or use the numerals. However, the article I read said to spell out anything from "twelve" and below. I'm reading The Hunger Games right now, and she's spelling out all their ages. This can definitely be a confusing set of rules! I'm taking your advice though, and I went and changed to the numeric in my synopsis for my 16-year-old MC (previously I'd spelled it out).

The best advice I can give is to follow the above rules unless you know who your publisher is going to be and then ask them if they have different guidelines. The ones in the AP Stylebook seem to be the norm, but every publisher has their own quirks and wishes. Best of luck!

Wonderful tips for us that have had no formal training. That just write for the love of writing.
Blessings

Ancient Greeks were unsure about the status of zero as a number. "how can 'nothing' be something?

I had never even thought about this! Thanks for the tips.

Ah, yes, numbers and how to deal with them.
It would be interesting for you to say a few things, sometime, about your transition from journalism to writing fiction. Or have I missed that?

Oh, thanks for the rule about using numbers for ages. I didn't know that.
Happy writing back to you.

Thanks for sharing these...I learmed them all and I think I had forgotten them most.