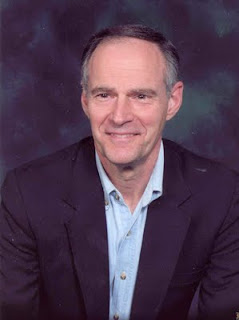 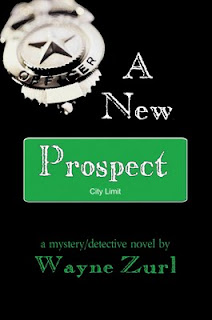 8) How long did it take you to write your current MS? My first full-length book, A NEW PROSPECT represents my learning process. It was published after a four year trip over a rocky road. My initial effort led me to rewrites almost doubling its length. That led to turning it inside out to bury the back-story I found necessary for a first-of-a-series book where I introduced the cast of regulars. When I began writing to publishers willing to accept submissions directly from a writer, I had read the book a thousand times and hated the sight of it. The current manuscript of A LEPRECHAUN’S LAMENT went much quicker. I roughed it out, made first draft revisions and began workshopping it on-line. After that, I took the suggestions I received and all the typos and nits other people found and made it ready for submission. I was very lucky with this book. A publisher found me and now we’re getting along famously. I’d estimate the total work time at three to four months.
9) Are you part of a critique group or writer's guild? The on-line workshop I just mentioned is thenextbigwriter.com. I find it very helpful. I look at writing as I looked at supervision in the Army or PD. I don’t need all the answers, but I must know where to find them. I deal with a group of faithful and talented friends. We help each other solve problems. If you want a good manuscript, two heads (or more) aren’t just better than one, they’re essential.
10) Have you ever attended a writer's conference? I never attended a conference, but did attend several workshops similar to those held at every conference I’ve read about. The classes didn’t work for me. I didn’t learn enough fast enough and I felt like I was in group therapy with people half my age.
11) When working on your current MS did you complete an outline first or did you just start writing? I don’t outline first—that’s too much like work. When I get an idea, I get my pad and pen and go to it. If the storyline requires specific time detail to maintain continuity, I make a calendar or list of the action to help me remember what day I’m dealing with.
12) What is your writing process like? Certain hours that you find more productive, a routine, a set amount of time or a number of pages you make yourself write everyday etc? When it comes to schedules, I’m as disciplined as a herd of elephants. I’m most productive and mentally prepared to work diligently in early morning. If I’m in the middle of a non-writing project and an inspiration hits me, I usually drop what I’m doing and get my thoughts on paper before I forget what and how I want to say things. That’s not always convenient and it can drive my wife crazy.
13) Do you have an editor or agent? I don’t have an agent and at this point I won’t pursue one. If someone contacts me with an offer, I’ll listen, but after an unsuccessful period of querying agents, they’re not on my hit parade. My current publisher has asked for the right of first refusal for anything I write for the next ten years. That arrangement looks good to me right now.
14) Would you care to share your opening paragraph (hook) with us? Sure. Here’s part of the prologue from A NEW PROSPECT:
Financially, Pearl Lovejoy stood on top of the hill. Intellectually and spiritually, she foundered on a reef surrounding her unhappy existence. Had she owned a time machine, she would cheerfully turn back the clock more than forty years, erasing the greatest mistake of her life. Realistically, she couldn’t turn back. She could alter her future, but so far chose not to rock her sinking boat.
If you enjoyed meeting Wayne, please come back Friday for his guest post “Perfect is Boring”.
Posted by Sylvia Ney at 7:14 AM

This is a fantastic interview with a fantastic writer.
Wayne Zurl has a talent for writing believable mystery and dialogue. His main character, Sam, is tough, tender, and flirtatious.
Men like him because he's a man's man and women love him, because he knows how to appreciate them!

I admit, I'm not a fan of interview pages, but this kept my interest through to the end. Wayne is now on my TBR list!

What a great interview. I just love reading how other authors work. Nicely done!