In the summer, I usually post a few literary travel articles (see the "For Writers" tab above for more). I recently realized I haven't talked much about the travels in my own state of Texas, so today I thought I'd share 7 places worth visiting in Austin.

About 15 years ago I visited Austin for a teacher's conference and was pleasantly surprised at a few literary finds. Just a few blocks from the conventions center where I was attending SXSW (literary and film festival) was my first find: 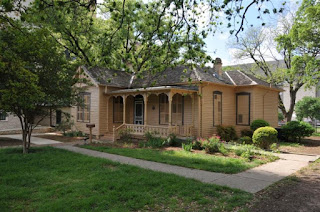 1) O. Henry House and Museum, Austin, TX - The mission of the O. Henry Museum is to collect, preserve and interpret artifacts and archival materials relative to William Sidney Porter, the author otherwise known as O. Henry, for literary, educational, and historical purposes. The O. Henry Museum offers a look into the life of William Sidney Porter in the Austin years leading up to his controversial prison term, after which he assumed the pen name O. Henry and set about transforming himself into the famed short story writer who authored such universal classics as "Gifts of the Magi," "The Ransom of Red Chief" and "The Cop and the Anthem." 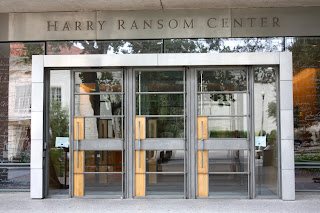 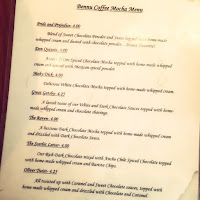 3) Bennu Coffee, which from the outside looks like your standard Austin coffee place, is the perfect cafe for the bookishly minded. Their specialty mochas are each named after different literary works. You can order the Don Quixote, a spiced chocolate mocha with whipped cream and a dusting of Mexican spiced powder; The Raven, a dark chocolate mocha with whipped cream and chocolate shavings; or a Great Gatsby, a white and dark chocolate twist of sauces with chocolate shavings, among others. 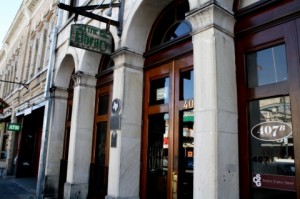 4) It wouldn’t be a trip to Austin if you didn’t hit up at least one bar on Sixth Street. Lucky for you, you can hit up The Library for your liquor needs. Be warned that it is a college bar, but if you want to sip your whiskey in a place covered in decorative books, then give it a shot.

5) Book People - Publishers Weekly called Book People “bookstore of the year” in 2005, and it’s been one of Texas’s leading independent bookstores for decades for good reason. Book People is huge, with so many nooks and crannies to explore.
6 and 7) If you plan your tour just right, you might be able to check out the Texas Book Festival, held each fall. And if you love YA lit, you should also check out the annual Austin Teen Book Festival. Both events are free and feature incredible author panels, book talks, and more.
Have you been to any of these locations? Do you have other suggestions for literary visits in Austin?
Posted by Sylvia Ney at 5:32 PM

Wow, the Harry Ransom Center has a lot of books!
The Library - what a cool idea for a bar.