3 Ways to Surprise Your Reader with an Unexpected Villain 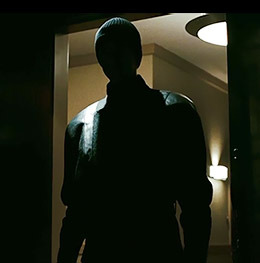 You don’t want your stories to be too obvious, or your reader won’t finish them. The audience needs to be challenged and surprised to want to continue reading. One of the best ways to do this is to camouflage your villains.
I’ve written several times about strengthening my own villains, and techniques I’ve used to show the antagonists deceit, cunning, and manipulation. The truth is, you don’t always recognize the bad guy – in real life or in fiction. The ones who surprise you can often be the scariest ones of all. Remember that when creating your own tale.
Here are a few ways to hide your villain in plain sight so you can surprise, thrill, and excite your reader. WARNING – Possible spoilers may be offered as examples.
1)      Charming and lovable – how often do we hear people on the news claiming “he was a likable guy” or “we never would have thought him capable of...” Most forms of evil have an appealing coating. Very seldom is it visually evident such as in a cartoon. You usually can’t tell a person is bad right away because they have learned how to cover their goals with social skills, good looks, or carefully designed acts to impress. They have learned to make themselves likable or lovable when they are really cruel, selfish, and even downright wicked. When you create your own villain, what is their goal and what would they do to ingratiate themselves to achieve that end? Think of Hans in Frozen or Loki in Thor.
2)      Friend not foe – readers don’t usually expect the villain to be close to the hero. Certainly, they don’t expect it to be someone who has been helping the hero up to this point. Ulterior motives can often put the bad guy in proximity of, if not outright partnering with, the main character. This villain might be a mentor, friend, or family member. Readers shouldn’t be able to see the hidden agenda until the reveal. Think about Magneto’s character in the X-Men universe or the end of Doctor Strange.
3)      Harmless or Incompetent – the bumbling and clumsy idiot, fool in a wheelchair, or victim in a coma can’t possibly be the villain, right? WRONG! We expect the bad guy to be strong, or at least able-bodied. However, don’t forget they are deceitful. Of course they will “hide in plain sight”. Think about Unbreakable or the Harry Potter and the Sorcerer’s Stone.
Remember, the best villains have learned to become whatever suits their purpose best. These dark crusaders of injustice can appear kind, heroic, or inept. The more your reader likes you character, the less likely they will be to recognize them as a villain until the end. They won’t want them to be the bad guy, but it will make sense once they see the whole picture.
Have you ever read a book, or watched a movie, where the identity of the villain totally surprised you? Which one was your favorite?

Unbreakable was mostly surprising. (I figured it out about two thirds of the way in.) The Usual Suspects was surprising though.

I love a surprise villain! I was definitely caught off guard by HP and the Philosopher's Stone and also by The Prisoner of Azkaban.