About a month ago I wrote a post called Crafting the Villain. In it, I mentioned the three types of villains I found most interesting and briefly discussed my own goals in creating better villains.

Today, I thought I would share three goals I’ve been attempting to follow when fleshing out my manuscripts this month. 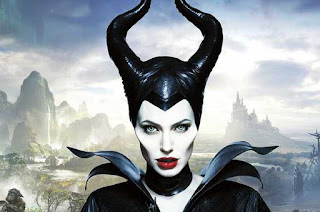 1.      Give the villain purpose – their goal should be noble in their own minds and both believable and understandable if not outright condoned by the reader. They can’t just exist to be against the hero. Why are these two on opposing sides? What led them to make the villainous choices? Are they a more noble villain such as Robin Hood who steals from the rich to save the poor? Or are they motivated by betrayal such as in the Disney reimagining of Maleficient? Remember, your villain believes they are in the right. Making their intentions logical and relatable even when corrupt or unjust creates a complicated and interesting situation. The lines between good and evil will blur. The reader may well find themselves rooting for the villains success even as they root for the hero to prevail. 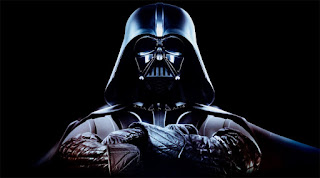 2.      Make them human – even if they possess out of this world powers or abilities, they should be relatable. They have emotions, quirks, and struggles, just like your other characters. No one was always 100% evil. Think about Anakin Skywalker: “there is still good in him”. Or Frankenstein’s monster. Even after the most hideous crimes, they were still capable of a selfless act and audiences wanted them to succeed. Why? Because they were relatable. Their loneliness, depression, and mistakes endeared them to us. If your villain is a group instead of an individual, choose an individual to represent the larger corporation or government body. That representative becomes your humanizing influence. 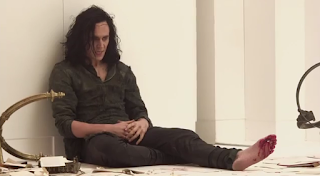 3.      Make them create conflict – of course intentionally, but I like the idea of unintentional as well. Whether your antagonist is simply a liar and a cheat, or an outright mass murderer, decide early on how they contradict the hero’s goal(s). Then decide how badly your villain craves their own goal? Is it enough to hurt a few others, unlimited numbers, or even their own loved ones? Every villain has something or someone they care about and would save. What is your villain’s? What happens when their goal costs them what they treasure most? Think of Loki after his mother dies.

Most writers focus on how the stakes affect the hero, but what about the stakes for the villain? How do these circumstances affect their loved ones, or the fate of the world? Great villains are just as complicated, relatable, and even likable as the heroes. That’s what makes them memorable.

Who are some of your favorite villains? Why?
Posted by Sylvia Ney at 11:49 AM

Vader and Loki are sure two of my favorites. Although after this last Thor movie, Loki might be losing his villain status...

No villain = no learning curve!

Great blog post and insightful. I really must do more blog visits, but due to a change in career free (self-indulgent) time has been scarce.

Keep up the great work - read you soon :)

Alex - I haven't seen the new one yet, but now I'm extra curious!

Mark - thanks for stopping by and commenting. Best of luck on the new career!