May 5 is Cinco de Mayo, a celebration of the Mexican army’s defeat of French forces in the Battle of Puebla. In addition to celebrating the day with chips, salsa, guacamole, and cerveza why not spend some time reading about the culture this holiday represents? Here are 15 suggestions: 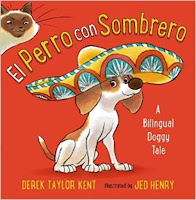 El Perro Con Sombrero: A Bilingual Doggy Tale - By Derek Taylor Kent (author) and Jed Henry (illustrator)  Ages: 3–7
If you want to familiarize your kids with some easy Spanish words, there’s no better way than through the story of Pepe, a street dog who becomes a movie star when he acquires a snazzy sombrero. But Pepe, aka El Perro con Sombrero, has to watch out for his rival enemy, El Gato con Zapatos! Each page includes the story in both English and Spanish, so kids can see the relationship between the two languages. 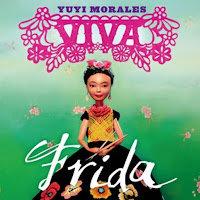 Viva Frida - By Yuyi Morales Ages: 4–8
Frida Kahlo is the most recognized female Mexican artist, and her exceptional life is portrayed in an unusual way in this book,, in which Yuyi Morales combines ultra-short bits of text (“I see”) with mixed-media artwork that portrays bits of Kahlo’s story. Viva Frida was the winner of the American Library Association’s 2015 Pura Belpré Illustrator Award, which is presented annually to a Latino/Latina illustrator whose work best portrays, affirms and celebrates the Latino cultural experience in an outstanding work of literature for children and youth. It also received a Caldecott Honor.

Salsa: A Cooking Poem - By Jorge Argueta (author) and Duncan Tonatiuh (illustrator) Ages: 4–8
Make sure you have some chips on hand before you open this picture book, in which a brother and sister go through the steps of making their own homemade salsa. After reading it with your kids, you can see if you can replicate the book’s success in your own kitchen. 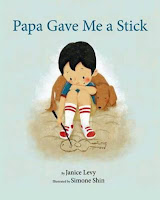 Papa Gave Me a Stick - By Janice Levy (author) and Simone Shin (illustrator) Ages: 4–8
From delicious foods like paletas and salsa, move on to music, and the tradition of the mariachi. In this book, Antonio wants nothing more than a guitar so he can join a mariachi band, but his father only gives him a stick. He takes it and sets off on a series of trades that’ll hopefully end with him receiving his coveted guitar. After reading it, see if you can make your own maracas or other instruments from materials you have at home. 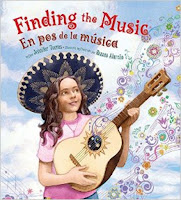 Finding the Music: En Pos de la Música - By Jennifer Torres (author) and Renato Alarcão (illustrator) Ages: 6–10
Another look at the mariachi for slightly older children, this story follows a girl named Reyna who breaks her grandfathers guitar-like instrument called a vihuela. As she travels throughout her neighborhood to try to get it fixed, she learns more about her abuelito and the kind of music he used to play. After this and Papa Gave Me a Stick, see if you can look up some mariachi videos on YouTube to show your kids the real thing.

Sage Carrington: Math Mystery in Mexico City - By Justin Scott Parr Ages: 9–13
This book has everything: a smart and savvy heroine, STEM puzzles and a tour of some of the greatest sites in Mexico. To solve a math-related mystery, tween detectives and best friends Sage and Isabel traipse across Mexico with their families, stopping at sites like the pyramids at Teotihuacan, the temples of Chichén Itzá, the Olmec ruins of San Lorenzo and the island of Cozumel. This is the second volume in Sage Carrington’s adventures, which start with Sage Carrington: Eighth-Grade Science Sleuth.

Eddie Red Undercover: Mystery in Mayan Mexico - By Marcia Wells (author) and Marcos Calo (illustrator) Ages: 9–13
If Sage Carrington whets your kids’ appetites for Mayan mysteries, go for another round with this mystery starring seventh-grade sleuth Eddie Red. Red has a photographic memory, but while his parents are at a conference in Mexico, he needs to team up with a local girl name Julia to set him straight about Mexican history in order to solve a mystery. Like Sage Carrington, this is Eddie Red’s second adventure; his first took place in New York City for Eddie Red Undercover: Mystery on Museum Mile.

Gabi, a Girl in Pieces - By Isabel Quintero Ages: 14+
For teens, Gabi, a Girl in Pieces tells the story of a Mexican American 16-year-old in crisis. Her diary entries explain how she deals with her drug-addicted father, her pregnant best friend and her ultra-religious aunt. The novel has won a slew of prizes, including the Young Adult Library Services Association’s 2015 Best Fiction for Young Adults award and the 2015 Tomás Rivera Book Award, which honors authors who create literature that depicts the Mexican American experience.

Across A Hundred Mountains, by Reyna Grande Any
The realism of this story of a young girl traveling from Mexico to the United States to find her father can  be credited to to author Grande’s firsthand experience: she entered the United States from Mexico as an undocumented immigrant to join her parents in 1985 when she was 10 years old. The tale of Juana’s crossing, told in spare, clear prose, won Grande an American Book Award.

Caramelo-  by Sandra Cisneros Any
Cisneros previous work, which draws on her experiences growing up in a Mexican immigrant family in Chicago, is still a top choice for students and readers of any age. But in Cisneros’s 2003 novel Caramelo. young Lala is growing up in a Chicago-based Mexican American family when her parents decide to move to San Antonio. Written in lively language and infused with vibrant culture, stories, and humor, Caramelo is about as close as you’ll get to finding a fiesta in a book.

Before the End, After the Beginning -  by Dagoberto Gilb Adult
Gilb, who grew up in Los Angeles as the son of a Mexican immigrant mother, worked as a construction worker before beginning his literary career, sharing with readers a slice of life not often seen in contemporary literary fiction. This most recent story collection includes a brave, funny, and fierce fictionalized account of a man who wakes up in the hospital after suffering a stroke, inspired by Gilb’s own medical crisis.

What You See in the Dark, by Manuel Muñoz Adult
Muñoz reimagines the filming of Psycho in Bakersfield, California, a town not far from Dinuba, where he grew up. He intersperses chapters from the perspectives of Alfred Hitchcock and Janet Lee with the story of the murder of a young Mexican American woman named Teresa by her white lover, events that play out at the same time Hitchcock is creating his fictional horror masterpiece.

Still Water Saints, by Alex Espinoza Adult
Espinoza’s debut novel tells the story of Perla Portillo, the owner of the Botánica Oshún, a store selling saints candles, herbs, and charms to help ease the problems of the residents of Agua Mansa, a fictional Southern California town. And boy do they need their good luck potions—their problems escalate throughout the book, which keeps readers turning the pages.

Night at the Fiestas, by Kirstin Valdez Quade Adult
Her debut fiction collection, Night at the Fiestas, is set mainly in Mexican American communities in New Mexico. She writes unforgettable stories of characters at a crossroads, from an unmarried, pregnant young woman trying to maintain order in the office of a Catholic church, to a Stanford-educated daughter of field hands seeking some respect, to a down-on-his-luck man who portrays Jesus in a reenactment of the crucifixion in a New Mexico town.

The Miniature Wife And Other Stories, by Manuel Gonzales Adult
This is a smart, and funny, debut story collection which includes a story in which a man returns from work to find his wife “shrunk to the height of a coffee mug,” another in which a man who feels like a zombie from years of office work in a cubicle actually becomes a zombie, and one in which an airplane circles the Dallas airport for decades without landing.

How are you celebrating today? Have you read any of these?
Posted by Sylvia Ney at 6:21 AM

Great post today! Funny, in the States Cinco de Mayo is celebrated way more than here. Here (I live in Mexico) kids get off school, but there're no fiestas. And that's odd, because Mexicans are always ready for a fiesta.