Hello and welcome to the Mâtowak Woman Who Cries book tour and giveaway! 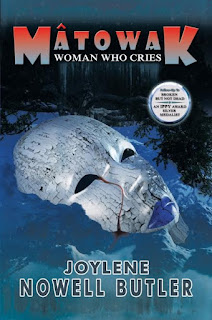 A murder enveloped in pain and mystery...

When Canada's retired Minister of National Defense, Leland Warner, is murdered in his home, the case is handed to Corporal Danny Killian, an aboriginal man tortured by his wife's unsolved murder.
The suspect, 60-year-old Sally Warner, still grieves for the loss of her two sons, dead in a suicide/murder eighteen months earlier. Confused and damaged, she sees in Corporal Killian a friend sympathetic to her grief and suffering and wants more than anything to trust him.
Danny finds himself with a difficult choice—indict his prime suspect, the dead minister's horribly abused wife or find a way to protect her and risk demotion. Or worse, transfer away from the scene of his wife’s murder and the guilt that haunts him...

The print copy is available at:
Amazon.ca
Amazon.com. 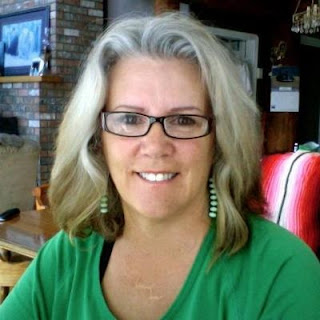 When Joylene's father died in 1983, she wrote her first full–length manuscript to channel her grief. The seven-year process left her hooked and she began Dead Witness within a few weeks of finishing Always Father's Child. Today Joylene is the author of three suspense novels: Dead Witness, Broken But Not Dead, and the steam-punk collaboration Break Time. While she'll admit being published didn't fix all the wrongs in her life, she wishes her parents had lived to see her success. Dead Witness was a finalist in the 2012 Global eBook Awards. Broken But Not Dead won the 2012 IPPY Silver Medal, and its sequel Mâtowak Woman Who Cries is due for release November 1, 2016.

Joylene lives with her husband and their two cats Marbles and Shasta on beautiful Cluculz Lake in central British Columbia. They spend their winters in Bucerias, Nayarit, Mexico.

Tour-wide giveaway (US and INTL)
*This giveaway is for three (3) print copies that are available to those living in the U.S. only and one (1) eBook copy available international. To enter, please visit:
http://www.rafflecopter.com/rafl/display/019b32f8272
Posted by Sylvia Ney at 5:00 AM

Sylvia, thanks so much for featuring Joylene and her new release on your blog today. Delighted you're a part of her tour.

Yay for Joylene! She is making the rounds like a celebrity. LOVE!

Haha, yup, I'm like a celebrity, at least in my own mind. Hi Syvia. Thank you so much for featuring my newest baby and being part of my book tour. Mason Canyon has done an incredible job. Have a great day!

Thank you for featuring Joylene's book.

Congratulations again to Joylene. Can't wait to read this one!

My mother died when I was young and I turned to writing to channel my grief. Interested in this because the author got into writing for a similar reason. Alana ramblinwitham.blogspot.com

Congratulations on the book Joylene! I hope it reaches the right audience. Best wishes coming your way!

This book looks so interesting - I'd love to win an e book copy so I've headed over to the rafflecopter page - thanks :)
Special Teaching at Pempi’s Palace

Thank you all, so much. It's been a real treat being on your blog, Sylvia. Your good wishes are received and appreciated. Have a great day.