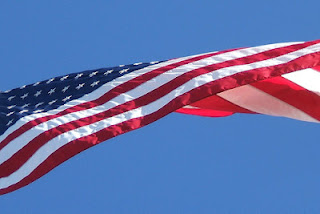 This years high school freshmen are the first group to learn about 9/11 as an historical event since they were not even born yet when this horrendous day occurred.

It's hard to believe that it's been 15 years since the attacks. America's motto following 9/11 was "We Will Never Forget." I was so proud of the way our country banned together following that terrorist activity. Just as we have following any other attack by foes in our nations history.

Yet, now I see our country participating in another form of war - one of hate and disrespect. So many of our citizens are all too often ready to jump straight to hate. They can't wait to point out someone else's mistakes. Or worse yet, attacking an opinion or point of pride for someone else just because they do not feel the same. When did it become necessary that we all think, act, and feel just alike?

Has this intolerant culture been bred by social media making it easy to bite back immediately without facing the adversary? Have politicians stirred and fueled our hate and distrust of others? Have we forgotten what it's like to fear for our country? Will it take another act of war to force us to join together?

Where were you when the planes hit New York, Pennsylvania, and Washington DC? What is different about how you act and feel today than in 2001?

Take some time to consider and write about your feelings, memories, and what you think needs to happen in the future. Here are a few ideas:

1)      Write about your reaction to and activities the day of the September 11th attack.
2)      How have your feelings and understandings about the attacks of 9/11 changed?
3)      There were many heroes during the September 11th tragedy. Write about a hero or a heroic event that made an impression.
4)      September 11th is a Day of Remembrance. As we honor those who lost their lives on this day 2001, make a list of everything in your life that you are thankful for.
5)      Did the events of that day change your thoughts about your life? In what ways, if any, did you change?
6)      Sometimes a mistake becomes an opportunity. Explain…
A)    The terrorist mistake of bombing on 9/11 became an opportunity for the United States to demonstrate it is the strongest nation on earth.
B)    9/11 offered America the opportunity to learn from its mistaken efforts to dominate the globe.

Obviously your answers to #6 will offer diametrically opposed positions depending on how you view the United States' role as a world power, and on the extent to which you believe America should fight terrorism.

7)      BuddyProject.org offers suggested activities that your children can do as they research the events of September 11, 2001. Explore the various sites with your children and discuss with them the information that you find. Encourage older children to write about their findings and feelings.

Hard to believe it was that long ago. I'll never forget where I was when it happened.
The country is a mess of hate right now. Rather hope we don't have to go through another event like that to bring us back together.

Yeah, ripped to the soul and sleepless nights. Only a week prior a group of us took a tour to NYC from Maine. We passed the trade center as part of our visit, then went up the empire state building to view.
Then spent one night there when our tire got a huge screw and had to be changed.

I remember not sleeping. I felt a scary presence, but did not no why. So I put it down to a severe travel anxiety attack. On my return to Maine, it all made sense once news broke. Later that following Spring, I had a Solo art exhibition at Starbucks, and dedicated a few paintings to 9/11 with feathers attached.

Quite a land mark to measure the present. Wow! Has it been going on that long?

Have a pleasant weekend!

Having lived through the coverage as it's evolved over the years, it's interesting to think of 9/11 as merely a report of history for a new generation. We've had such a rough relationship with what happened, and we kind of allowed ourselves to be sidetracked by partisan bickering, which is the exact opposite of what should have happened. Fortunately, in the immediate aftermath, we weren't so foolish.

9/11 is a dear seared into the minds of many. Even internationally.