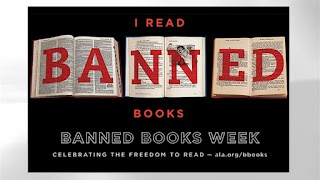 Cant believe too many books are in banned list . I have only read Kite runner and The Perks of Being a Wallflower, by Stephen Chbosky is in my to read list
wish to buy it soon !