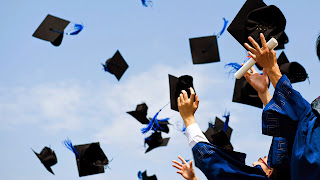 In honor, of those changes, I thought I would share a short story for your entertainment. Comments, questions, and critiques are all welcome.

Lexie contemplated her last project for class. Two more weeks and she would finally have her MA in English.
Eric walked past her table then. She tried not to let his appearance interrupt her. She couldn’t afford any distractions.


He worked for a local tax firm, and would graduate this semester as well, but with an MBA. Like her, he had returned to school after more than ten years in the work force.
Since the college was small, most of the graduate students knew each other. They often shared meals, and stories, in a mutual show of support and stress relief.


She liked Eric, and often wondered why he was single. “Workoholic,” he once answered when a friend inquired. Yet, at a recent gathering, he confessed he was once engaged.
“She changed her mind. That was two years ago,” he explained with a shrug before finishing his coffee.


Lexie often thought about his blues eyes, his easy going demeanor, and wondered what type of woman captured his attention. For her own sanity, she tried not to linger on those thoughts. Unfortunately, they frequently battled her concentration.
Three years ago she broke up with Steve, quit her job and returned to school the next semester. Lexie didn’t need the distraction of any further heartache. Or a repeat of the shame she had felt planning a wedding that never occurred.


“Steve and I were together for four years before we broke up.” She had volunteered to Eric. She supposed it was some selfish intent to believe she could ease any awkwardness he felt about his own failed relationship.
Even now she blushed, remembering the look he had given her after her admission. How silly to think he would need her sympathy, or understanding. Luckily, the arrival of another friend to the table had interrupted whatever he might have said.


Lexie balled her fists, and fought the urge to look across the library in search of him now. Her last glimpse showed him in the reference section, but then he moved to the next isle. It couldn’t hurt to glance in that direction.
She lifted her gaze from the book. He was gone. She quickly scanned the isles in front of her table, and tried to see between the shelves to the next rows… nothing.


Foolish distraction, she muttered to herself. Instead of returning to her work, she let out a long exasperated sigh before lowering her head to the table.
“Bad day?”


She jumped, her head whipping around to face navy eyes, and a lazy grin.
“Ummm,” she couldn’t confess her preoccupation with him. However, she could think of nothing else to say. It’s like I’m in junior high, instead of a grown adult.


After a moment of silence, his smile faded and he began to back away. “Sorry to bother you.”
“No,” her hand shot out to grasp his arm. When he glanced down at her fingers, she let go before continuing. “It’s just that you surprised me, and I’ve been distracted lately. I didn’t mean to be rude.”


“It’s ok. I guess we are all under a little stress trying to finish the semester. That’s actually what I wanted to talk to you about.”
“Oh?”


“Yeah, I thought maybe a celebratory dinner would be in order for the day before graduation.”
“The day before?”


“Well, yeah. We’ll be done with everything, ready to unwind, but friends and family won’t be expecting to celebrate with us until the next day.”
“Yeah, that sounds great,” her shoulders sank, and she forced a smile. After they graduated, there would be nothing in common. No occasion she might see him again.


The next two weeks passed quickly. Lexie completed her final project, and conducted a last successful meeting with her professors. She was completing enough requirements to receive both a MA and a MFA at graduation.
She arrived at Franco’s a little late, expecting the table to be full of the usual crowd celebrating the end of the semester. Instead, she saw only Eric.


Before she could ask about the others, he rose to greet her with a single red rose.
“Congratulations.” He leaned in to give her a hug. The gesture caught her off guard, and her knees nearly buckled when his lips touched her ear as he whispered, “I’m so proud of you. Two degrees at once - you put the rest of us to shame.”


“Thank you.”
He pulled back without letting go, and let his hands move down her arms to grasp both of hers.


“I was hoping you might be a little less distracted now, and have some time for me?”
“Didn’t you know?”


“What?”
“You were the distraction.” And maybe those weren’t so bad after all.
Posted by Sylvia Ney at 6:32 AM

Sorry you got rejected, I'm no good at critiquing, hated English, but hope someone is able to help you with edits, or a small re-write so you can try again, perhaps elsewhere. Good Luck!

Sandy at Bridge and Beyond

Hello, a good, quick read. There were a couple of spelling errors: workaholic and aisle. Beyond that there were a few extra commas and the language could use a bit of flare. "...he rose to greet her with a single red rose" just sounds a bit off to me.

The 800 word count limit is rough, but I do enjoy the comparison of falling in love as an adult versus falling in love as a teenager. Your worldly knowledge changes, but in an instant you can feel the same delightful awkwardness you had in middle school.

L.P. - Thank you so much for the feedback!

I enjoyed this, and agree with other comments re edits, so there is nothing for me to add. I hope it finds a publishing home.