This morning I was trying to decide what I wanted to read. I was reviewing my TBR pile, and then began thinking about revisiting some of my favorites. Here are just a few that have stayed with me. I hope you find some new authors and novels that will enlighten you at some point down the road. 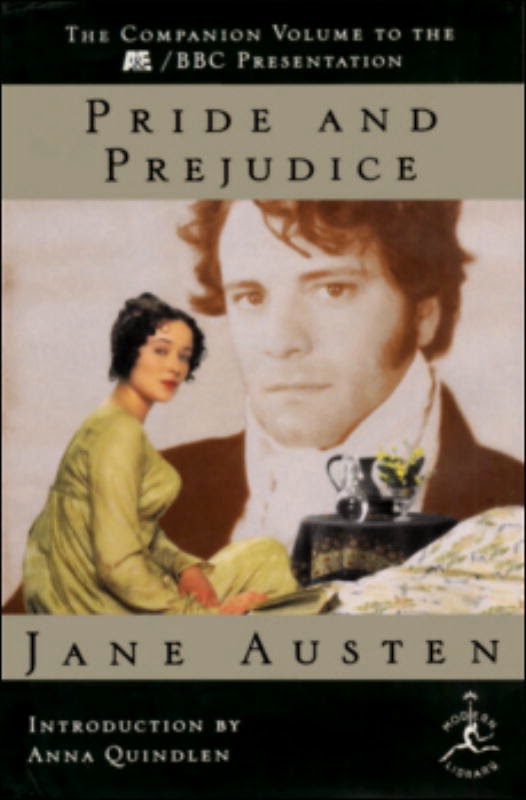 Romance - When I think of great romance, Jane Austen's name comes to mind. Pride and Prejudice is my favorite. First published in 1813, and now one of the most popular novels in English literature, it has been made into countless movies. It's the story of Elizabeth Bennet, the second of five daughters. She has a witty and sarcastic sense of humor, and soon meets and develops a complicated relationship with Mr. Darcy. Both must learn to overcome their differences before they can ultimately be together.

Political/Historical Fiction – A Tale of Two Cities is a novel by Charles Dickens, set in London and Paris before and during the French Revolution. With well over 200 million copies sold, it ranks among the most famous works in the history of fiction.

Fantasy - The Hobbit (1937) A blend of British adventure stories, European mythology and fantasy, with a sprinkle of Christianity thrown in, I don’t know if there is a better fantasy world than the one Tolkien built for his books. In this one, Bilbo Baggins, the original hobbit, becomes the first to leave the shire on a call to adventure by Gandalf the wizard. If you have only seen the movies (which are great) pick up the books, too, as they provide so much more detail.

Science Fiction - Dune (1966) by Frank Herbert. A Hugo winning novel, and the inaugural Nebula winner for best novel, it tops many best lists. Set more than 21,000 years in the future, it’s the story of young Paul Atreides, the heir apparent to Duke Leto Atreides—their planet the only source of the “spice” mélange, a valuable commodity. Touching on a wide range of subjects including politics, environmentalism, social issues, Zen philosophies, and heroism, it’s captivating from start to finish.

Horror – Salem’s Lot (1975) – Really, I could have chosen so many of Stephen King’s books for this category, but this is the first one of his (and the first vampire) novels I read. Writer Ben Mears returns to his hometown Jerusalem’s Lot to discover a horde of vampires have overrun the town. All signs indicate the new town antique dealer, Kurt Barlow, has unleashed this unimaginable terror upon the community. The vampire Barlow is a modern day Dracula.

Crime/Thriller - Red Dragon (1981) by Thomas Harris. I could also say The Silence of the Lambs, but Red Dragon is so very creepy, so tense and powerful. Will Graham stands in a silent, empty house communing with a killer. An FBI instructor with a gift for hunting madmen, Graham knows what his murderer looks like, how he thinks, and what he did to his victims after they died. Now Graham must try to catch him. But to do it, he must feel the heat of a killer's brain, draw on the macabre advice of a dangerous mental patient, Dr. Hannibal Lecter (the first time readers meet Lecter), and follow a trail of microscopic clues to the place where another family has already been chosen to die--and where an innocent woman has found the Dragon first. 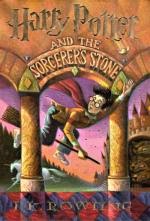 Young Adult - Harry Potter (1997-2007) by J.K. Rowling. Yes, the entire series. If you really want to understand what makes for great YA reading, not just fantasy, but world building, language, relationships, and tension, you MUST read this series. There is so much magic, love, beauty, strife, and tragedy in this series. These characters have become almost iconic—Harry Potter, the destined hero; Ron Weasley, his red-headed sidekick; Hermione, the love interest and genius; Albus Dumbledore, the headmaster, acclaimed wizard and mentor; Severus Snape, the unreliable potion’s master; and Lord Voledmort, the Dark Lord. An epic story spanning many years, it is ultimately a very rewarding experience.

Short Story Collections – The Great Short Works by Leo Tolstoy - The book contains well-known works by the author, including the book that is considered by many as his best, War and Peace. Some of his other stories that are covered in this book include Ivan the Fool, How Much Land Does A Man Need?, A Prisoner in the Caucasus, and God Sees The Truth, But Waits. His story, War and Peace, focuses on the French Invasion of Russia, Napoleon Bonaparte, and the revolution, narrated from the point of view of the Tsars. While Ivan the Fool is a parable, How Much Land Does A Man Need? focuses on a greedy peasant. Tolstoy’s stories are very humorous, with an underlying political or philosophical message.

Literary Fiction - Blood Meridian (1985) by Cormac McCarthy. There are many different genres that would love to claim McCarthy as their own, and they do. But I’ll qualify this selection as literary for a couple of reasons—the language is dense, complicated, and obscure, making it a challenging read. This book is simply the story of “The Kid” and his exploits with the Glanton Gang, a historical group of scalp hunters who massacred Native Americans and others in the United States–Mexico borderlands from 1849 to 1850 for bounty, pleasure, and eventually out of sheer compulsion.Judge Holden is one of the most evil, intimidating, and vile characters in contemporary literary fiction. This is a western, a supernatural tale, and a horror story rolled into one package. The violence in this story is some of the worst, and most beautifully rendered. NOT for the faint of heart, mind or soul.

So many titles and authors could have been included here. About once a month I discuss some of my favorites (and not so favorites). You can find more in my archives, and upcoming posts.
Have you read any of these? Did you enjoy them? What are some of your favorites to recommend?
Posted by Sylvia Ney at 7:45 AM

I have read The Hobbit and the entire Harry Potter series and recently listened to Dune on audiobook. At some point I'll probably squeeze in Salem's Lot and Pride and Prejudice, but no time soon.

Great list. I've been meaning to read A Tale of Two Cities for a while now. And I grew up with Harry so that's done =). And the Hobbit, I 've read that as well.

I'd love to read Dune though.

Great choices! From your list I've read Pride and Prejudice, The Tale of Two Cities, The Hobbit, Salem's Lot, and The Harry Potter Series. Now I must check out the rest!

Another series I'd recommend is books in the Narnia Series (i.e. The Lion, The Witch, and the The Wardrobe) by C.S. Lewis.

Mary @ The View from my World

Oh, you've listed some challenging reads I need to add to my list. I should really try to work in something more "heady" and from a variety of genres more often. Thanks for the suggestions.

Reading your list I realized that I have never read the Harry Potter series. For some reason I keep forgetting that. I am going to make that my "must read" for this summer! Thank you for sharing your list... great picks!

Very interesting TBR list. You have some good suggestions for anyone's reading pleasure. I like Stephen King a lot, especially his earlier work but some recent ones as well. If you are interested in vampires, check out Anne Rice's Lestat series--a new one is coming out in October. I write YA. I really need to finish the Harry Potter series and read "The Hobbit." Thanks for the reminder to get busy reading!

Fantastic round-up of books that definitely worth a read or re-read!