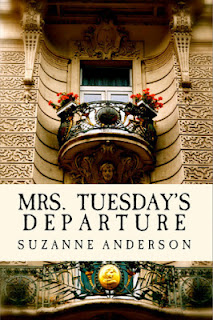 Ms. Anderson has given us a fresh glimpse of the holocaust of WW II. Hungary's fragile alliance with Germany kept Natalie, an author, and her family out of harm's way during most of the war. Now, as Hitler grows desperate at the conclusion of the conflict, so does the threat to the people of Hungary. Natalie's younger sister Ilona married a Jewish man, putting her and her 12 year old daughter Mila at risk. Meanwhile, Natalie's twin sister Anna, is falling into dementia.
Ilona and her husband leave on the last train out of Budapest, purposefully abandoning her daughter and sisters. Natalie tries to keep what is left of her family safe, but Anna's paranoid outbursts threaten the possibility to escape. Natalie is forced to make a choice, should she save her niece, or her sister?
Ms. Anderson deftly re-creates the fear lurking among the occupied citizenry; fear that made them grow suspicious of one another, fear of starving due to the food shortages, opportunists who sold out others to ensure safety or obtain money and food, and even the horrible terror in waiting to see if they would be the next to be taken away to the Nazi death camps. Jews and Gentiles alike suffered.
The character interactions create tension, suspense, sympathy, and empathy that will keep the reader interested. However, some awkward or unedited dialogue may confuse readers from time to time. Ms. Anderson’s masterful use of description places the reader among the chaotic feelings of the time causing you to root for the main characters. This was a very compelling and haunting story, but was arranged and ended a bit awkwardly.  However, this book is still worth your time.
Posted by Sylvia Ney at 5:51 PM