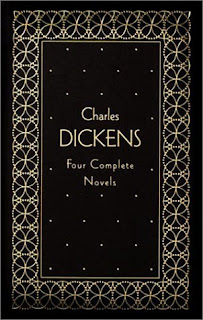 Literary fiction became a popular term following the 1960’s and is mainly to distinguish what some consider ‘serious’ fiction from the more popular ‘genre’ fiction.
Most of what is considered the “classics” (novels written before the 1950s) could be termed literary fiction. These books are character centered; looking at the human condition and provoking the reader into some sort of change. The goal should be to provoke the reader’s beliefs and thoughts, often with an outcome of altering the audience’s outlook. Literary fiction attempts to bring its reader to a deeper understanding of life.
Proponents of literary fiction will tell you it focuses more on style, psychological depth, and character. They tend to be multilayered stories (or transcendentalist) which wrestles with universal dilemmas rather than with plot or narrative.
Confused? Take a look at these three differences.
1.      Plot – In mainstream fiction the author is quick to the point, keep you guessing, and focuses primarily on the events, people, and flow of the story. Literary fiction is not afraid to describe - at length - the surroundings, political agenda, global issues, characters' backgrounds and internal thoughts, and even inanimate objects that help set the scene or denote a certain feeling. They have a unique vision and language.
2.      Style - Mainstream books maintain a sense of the language of the everyday person. Anyone, with any interest, could pick up these books and understand the premise. With literary fiction, however, readers usually have to struggle more in order to understand the point. They have an older feel, often using "higher" English vocabulary to describe something in fewer, but more meaningful words. Readers are also forced to focus on the internal theme of the book, instead of letting the characters reveal what they've learned for them.
3.      Character - Mainstream characters often do not internalize their thoughts, they will come out and say what they're thinking, or remain silent and let their actions speak for them. Literary characters often speak to the reader mostly or only through their internal thoughts. They may even speak to the reader directly, in first person, like the famous introduction, "Call me Ishmael" (Moby-Dick). While they may not have much dialogue, they are constantly providing an inner commentary or the only opinion of the entire story. Charles Dickens is famous for this.
Most classics are considered literary works, and so provide the defining characteristics by which all other genres are compared, but there are several modern-day authors who can be considered literary authors as well. Authors such as Joyce Carol Oates and Margaret Atwood can be called today's literary authors.

Many readers and scholars continually debate on classifying their favorites as "mainstream" or "literary." It has been proposed that literary fiction is, in itself, just another genre. However you finally choose to define your favorite, you'll discover someone else will entirely disagree with you.
According to Wikipedia; in a June 2006 interview with John Updike on The Charlie Rose Show, Updike said he felt this term, when applied to his work, greatly limited him and his expectations of what might come of his writing... in short, he didn’t like the term “literary fiction”. He said that all his works are literary simply because "they are written in words”.
Literary magazines, especially those affiliated with universities, or annual anthologies like the Pushcart Prize, The Best American Short Stories, O. Henry Awards, or Booker Prize typically restrict their selections to literary fiction.
Posted by Sylvia Ney at 9:24 PM

Sorry - typos!
As with most things, it's very subjective - and maybe it all depends on whether a person reads to be challenged or have their thought provoked or even changed, or whether they read for entertainment, escape and enjoyment.
Paula Martin’s Potpourri

I love this post and entirely degree. Yesterday my son tried to tell me that Twilight could compare to Gone With the Wind. While I know he's only 9 and really has no clue, I tried to teach him the difference between a novel and a book. LOL I've always preferred the classics and started reading them quite young with a lot of interest.

I liked John Updike's take on "literary" fiction - labels can be very restricting, I think. In one of Stephen King's many autobiographical intros and epilogs, he describes how his first agent was terrified he was going to get pigeonholed as a horror genre writer: a fate that proved somewhat milder than death in the end.

As with most labels, the lines tend to blur. The best book I've read in years - warning: personal opinion - was Susannah Clarke's Jonathan Strange and Mister Norrell, which probably meets the standards of literary fiction but is as hard to fit squarely in that canon as in fantasy, historical novel, or comedy of manners.

I read somewhere that literary fiction is "about" something, whereas popular fiction simply "is" something. Not sure I agree totally, but it's a vague enough distinction that I like repeating it :-)

A Girl and Her eBooks said...

Great post! This is a fun topic to discuss. Should writers attempt to cause change in the reader's life? Should they attempt to have the reader learn a lesson. I think to an extent, yes. I'm not "preachy" in my attempts, but I think developing character arc steers us in this direction as the story and conflict unfolds then comes to a close.